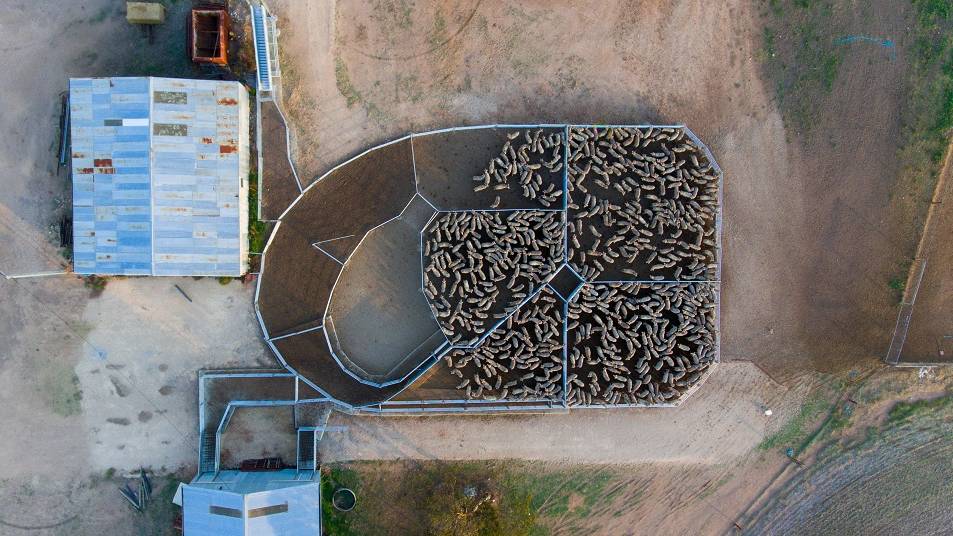 While Stockyard Design isn’t an emerging field – Atlex Stockyards developed the concept in 1984 – it’s not exactly the first career option you consider out of school.

However with agricultural production now worth $60b a year, a resurgence of wool and meat producers with booming prices, and a greater appreciation of animal psychology and the value of good stockyard design, there’s little doubt it is an industry of the future.

A well-designed yard can save substantial time and effort, which can translate into serious money. Few know this as well as Tom Murdoch of ‘Kobyoyn’, Beckham, NSW.

“Stockwork is physically draining,” he says, “but with the correct layout, 50 per cent of the work is done because sheep flow and with ease of handling, you will enjoy stockwork!”

The results speak for themselves and its turning converts into evangelists. It is also creating exciting new career opportunities for graziers.

Across the country, scores of producers – both young and old – are making the switch. Some for a new challenge; some because there simply wasn’t enough revenue for more than one sibling on the family farm; and others because they could see the future potential of the industry.

Tom Austin is a prime example. The son of a grazier, almost five years ago he made the decision to pursue a career in Stockyard Design and says he hasn’t regretted it for a second.

“I really wanted to put something back into the livestock industry,” Mr Austin said.

“I had been involved in it, passionate about it, and I thought: ‘there is an opportunity’. I could work doing something that I love, improve livestock for other people. And if I could make their livestock easier to work, then I’m putting something back into the industry. That’s where I’ve really enjoyed designing the yards.”

Growing up on a farm, Mr Austin had to learn to be resourceful from a young age. That has translated into a drive to solve problems, which is perfect for his role.

Not only does it allow him to draw on his experience, it also allows him to indulge his creativity. The thing that gives him the greatest satisfaction though, is seeing real world results his clients achieve.

Kojonup based farmer Mark Taylor is one such client who recently updated his sheepyards, acknowledging that is was an investment which made good business sense.

“Taking the clutter out of our working life is one way of achieving that simplicity. The time I spend in my new yards has been significantly reduced because of the capacity of the throughput and the sheep flow so well.”

Mr Taylor also acknowledges that it was “an intergenerational investment”, which would make life easier for “generations to come”

Mr Austin says that despite not having any design experience when he started with Atlex, he acknowledges his background in commercial sheep and cattle operations was the foundation for success in the role.

“Genuine passion and understanding of animal psychology is something you can’t teach – however I’d never heard of AutoCAD or a Robotic Theodolite but that can be taught. I knew I was in safe hands because no other company had more experience (in this field),” he said.

“In this role we talk to progressive farmers daily; attend Field Days and other industry events regularly, and work closely with progressive brands such as Gallagher or Te Pari who keep us on our toes,” Mr Austin continued.

“This, combined with Atlex’s consistent focus on innovation and product development, means we continue to learn and grow as individuals. I never want to be stagnant!”

Most importantly, Mr Austin wants to see all of our producers continue to prosper for generations to come.

“Working with rural Australians is great,” he said. “They’re like-minded, down-to-earth, good-hearted people. I understand their pain – I grew up on a farm! This is my way of giving back to the industry, making stockwork quicker, easier and safer – and ultimately improving the lives of Australian farmers.”

The ideal candidate will have grown up on the land and either be a recent graduate or have extensive experience working with sheep and/or cattle.

They will also be passionate about rural Australia; outcome-focused with a keen eye for detail and drive to solve problems; and computer literate with an analytical mind.