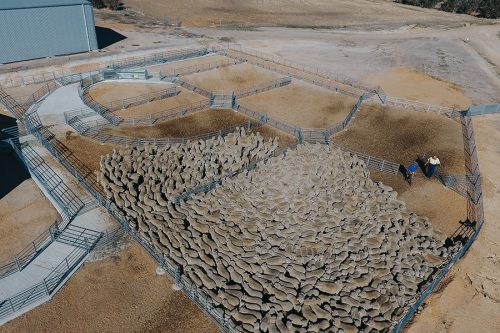 Lamb, mutton and beef cattle prices are on the up as the industry confronts the perfect culmination of drought-depleted flock and herd numbers and recent widespread rain which has sent restockers into a buying flurry.

An MLA report by senior market analyst Adam Cheetham last week, forecasts the national flock to fall 3.5 percent to 63.7 million head by next June. The lowest since 1904.

While stock numbers are down, export numbers are up. Lamb exports are set to rise 2pc with a huge demand for Australian lamb, with increased exports to both China and the US, while the middle east remains in the mix despite political unrest and oil disputes in the area.

With the returns earned from both the wool and meat markets, it would be a no brainer to invest in infrastructure to support it. We upgrade our tractors and heavy machinery every couple of years, yet somehow the investment in our stock infrastructure is ignored.

“I don’t know why, when you look at your margins on your various enterprises, this [sheep] leaves everything for dead and yet we are inclined not to spend money on our sheepyards.”

By choosing yards that incorporate animal psychology, you avoid poor infrastructure compromising your productivity.  As well you can alleviate undue stress on livestock and ultimately make stockwork quicker, easier and more enjoyable.

“The yards I had here were constantly either being propped up with bits of wire, with gates, tech screws, etc. This is quite a common thing in Australia and I’d just had enough,” he said.

This was supported by Digby Stretch

Upgrading with quality ensures longevity. Do it once and do it right, invest in infrastructure that will last 50 years and make your stockwork quicker, easier and safer.